This category uses chorus arrangements which are inspired from folk music traditions. Chorus arrangement is a staple technique of Raja and he has used it on every genre he has worked with. However, he uses both folkish chorus as well as Western choral arrangement in different combinations.

Kothamalli Poove from Kallukkul Eeram (1980) has the first interlude with folk style chorus set in a farm setting. The second interlude has a similar chorus arrangement.

Megam Karukkaiyile from Vaidehi Kaathirunthaal (1984) is a masterpiece of sorts. As discussed earlier in the section
‘Introduction to polyphony’, the male and female choir alternates between Western and folk arrangement throughout the track. It is arranged as a call and response type arrangement. 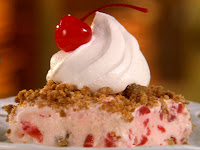 Poo pookum maasam from Varusham 16 (1989) – the track starts off with a chorus repeating the main singer’s lines. The transition from the charamans to the pallavi is arranged as a chorus. The choir also sings melody lines in interlude 2.


Puthu Rootile from Meera (1992) – this track starts off with a male chorus in a folkish style – it is arranged as a nice harmony. The pallavi has the male choir supporting the main singer. The charanams have similar choir support throughout the track.

Rasave Unnai Naan from Thanikattu Raja (1982) is an interesting track. The first interlude has a nice choir arrangement which is hard to classify. It is neither folkish, nor Carnatic but a nice creative arrangement! At least I have no way of describing it. The second interlude has the female choir singing melody lines supported nicely by some guitar work.

The clip below starts off with Kothamalli Poove followed by Pudhu Rootile. Finally the track has Rasave Unnai Naan. Observe the difference with folk choir treatment for all the three tracks. Most casual listeners think that the choir arrangement for such folk choir is identical – nothing can be farther from truth.


This category is a catch all that has traces of any of the 9 other flavors!

Aayiram Thamarai Motukkale from Alaigal Oiyvathillai (1981) uses the kummi style composition completely set to subhapanthuvarali ragam. It’s hard to classify this track as it has folk, Carnatic and Western flavors supported by chorus! 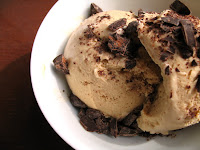 Ilangathu Veesuthe from Pithamagan (2003) has folk lyrics, beautiful western orchestration for a karaharapriya ragam based tune. Again another quintessential Cleverfolk that has Western, Carnatic flavors for a folk lyric!

Thendralai kandu kolla from Nilave Mugam Kaatu (1999) – the interlude, is a clear demo by Raja of a light music piece, a sloka and a folk piece all overlapping. He goes back to his old famous quote that all musical systems are the same. A light music piece where Raja throws a slokam in parallel with a folkish female voices!

In the track Raman kadhai kelungal in the film Sippikkul Muthu, Raja uses the folk technique of kadha kalashebham – conventional religious storytelling. However, he sets the track to the reetigowlai Carnatic ragam. The lyric is not folk, the technique is, but the track is set to a Carnatic ragam – only Raja delivers such surprises.

Thendral Vandhu Theendum Podhu from Avatharam (1995) – the lyrics are folk, but the orchestration is completely Western, the rhythm arrangement is Western and Raja throws also chorus into the mix, not to mention a few counterpoints into a folk track!

There are several tracks of Raja which are set to the folkish style lullaby when the lyric itself is not folkish! Example, Thooliyile Aada Vandha from Chinna Thambhi (1991).

The clip below has three tracks. It starts off with ‘Aayiram Thamarai Motukkale’ followed by ‘Thendralai kandu’ and finally ‘Raman kadhai kelungal’. Observe the variety of flavors Raja throws withi just these three – kummi, subha panthuvarali, Sanskrit slokam, folk rendition, western orchestration, kadha kalashebam, reetigowlai all in those 3 minutes. That's like being inside a coffee grinder with flavors ranging from Brazil to Coorg!

I have attempted to provide a menu with some examples of the Raja Cleverfolk flavors. By no means is this complete. He took the basic ice cream and flavored it 6 ways to Sundae (pun intended) and he is fighting the world that he is not the first ice cream maker.

Though we have extensively analyzed Raja’s folk work, this is just one approach. It does not cover several aspects of folk music as that was not the intent. However, most of the analysis on Raja’s folk are serious ones and leave out his various flavoring to the folk idiom. I hope the readers enjoyed this fun ice cream trip.