This category has folk lyrics with a CCM raga based melody. This is a very popular Raja flavor and the CCM raga is mostly ignored due to the rhythm arrangement and folkish lyrics.

There are countless tracks of Raja that have the Carnatic touch to a folk lyric. I will list some top of mind examples. All ragams are courtesy of Vel Ramanan.

All the tracks listed are fantastic melodies but have a folkish lyric. Most of them are runaway hits of Raja and he seems to have used a lot of this technique in the early 90s – nice flavor to folk lyrics. While several composers have attempted to do this strawberry flavoring, no one has succeeded as much as Raja as he has the deep knowledge of both the systems – folk and Carnatic. 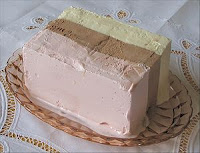 This category has folk lyrics with western rhythm arrangement. This is a flavor that Raja uses rarely, but does have its attraction.


Some top of mind examples…

The clip below has three tracks in it. It starts off with Oru Kolakili followed by Nethu Oruthara Orutharu and finally it has the mesmerizing pallavi of Maasi Madham Aalana Ponnu. That’s a sample of Raja’s Neopolitan Flavored Clevrfolk.

The arrangement of these songs are so clever that you either get swayed by the Western rhythm arrangement or the folk lyrics that it escapes the listener's mind how innovative the composer has been in putting such extreme musical elements together. This must be contrasted with the remixes that composers are doing today with old Raja folk tunes. While it goes without saying that this is original work, I call Raja as the microchip maker - he somehow sticks stone and metal together and none of us realize what he does!