There is a widespread view among music listeners that Raja was responsible for popularizing folk music in films. In most interviews Raja vehemently denies it and quotes several examples of composers who have done folk compositions before him. However, this view somehow has stuck to the listener’s mind and he is unsuccessful in trying to reset it. Let’s step back and analyze why most listeners associate him with film based folk music.

Before diving deep, let’s get to a common understanding of what we mean by folk music. Here is a text book definition:

In the Indian context, it is more associated with music traditions of the countryside. In other words, it is culturally very dependent on the language, rituals, and beliefs of the countryside. Unfortunately, this gets a bit twisted when applied to film music. For instance, any colloquial usage of the language is justified by most composers as giving a ‘folk feeling’ to the composition. The folk lyrics are hardly anonymous, but written by a lyricist who gets credit. Our journey is about analyzing Raja’s music contribution in the genre confused as ‘folk’, and not trying to dissert on the definition of folk music.

As I mentioned in some earlier sections on Raja’s folk work, he rarely composes folk music in its pure form. He flavors it in several ways and has created a genre called Cleverfolk in the process. His flavors are so nice, that most average listeners tend to associate all his flavors containing musical lyrics with a colloquial touch as Raja’s folk music. In my view, this is the reason, why even Raja has been unsuccessful in resetting this popular opinion.

How do we approach Cleverfolk and its various flavors? In order to navigate this genre, let’s have some fun with ice creams as they come in many flavors too. According to the food sciences department of University of Guelph, Canada, the top ice cream flavors are:

While the idea of ice cream flavors looks good, I do not want anyone to assume that I intend promoting Haagen Dazs or Dreyer’s or Baskin Robbins! Ice cream impressions are very pleasant and personal and more importantly very hard to reset. Many composers have served ice cream before (meaning folk music), but here is a composer that has served it in so many flavors that most consumers think that they are enjoying ice cream for the first time!

Let’s see the flavors that Raja serves and use the ice cream flavors to categorize them: 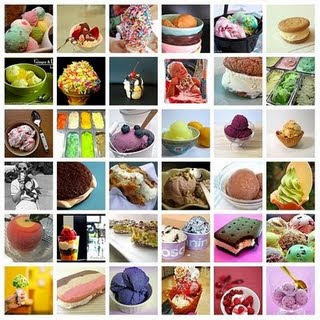 There is no specific reason, why a particular flavor is chosen for a category – they are just random with the sole objective of making this analysis as fun. As folk involves language elements, I will stick mostly to Tamil compositions. I will include a few other languages where I feel confident that the composition is indeed folk. With every month, I will try and serve three flavors. As I mentioned in my rhythm series, these are top of mind examples based on a sample of 1,500 tracks from Raja’s work, which is roughly a 25% sample. Feel free to include examples that qualify that I may have missed. When someone serves you ice cream in 10 flavors when you went looking for one, he becomes the ice cream man. That’s my view on why even Raja cannot erase this opinion!

One more thing, before we jump into the flavors. There is bound to be some repetition between these sections and the rhythm stages we analyzed. There will also be some overlap with material that was presented earlier as Folk revisited. However, there will be lots of new material as well. As a departure from the past, audio clips presented with the flavors will be collages of some songs and not individual clips.

This flavor has folk music presented in its native form without any major orchestration and other frills.

Needless to say, this is not hugely popular in film music as it lacks the ability to sell well. It’s still called Cleverfolk as it still does not fall into the strict definition of folk music where the lyricist in unknown. It does not use any clever orchestral arrangements and tells a simple story. Two examples come to my mind.

Vetalai Vetalai from Rosapoo Ravikaikari (1979) has almost no frills and tries to tell a story of an innocent villager who is going to the nearby town to buy things for his wedding. The song is embedded with dialogs where the other villagers tag along and ask this villager to buy some more things.

Vaaranea vaaranea vattamulla arakkan from Devathai (1997) is an interesting track and tries to bring out the village festival situation in its music. Complete with beliefs and traditions of the villagers in South India, it uses thavil and duffel/frame drum and urimi in its pallavi.

I am sure there are some more examples. However, these are hard to find. 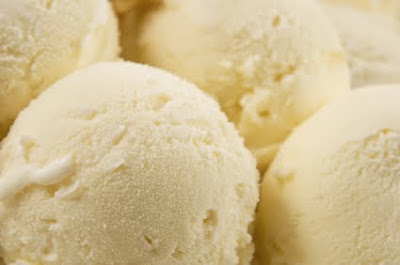 This category has folk lyrics presented with simple orchestration and tabla (simple or complex) for rhythm. The flavor is by way of flute, guitar, bells, violins and synthesizer embellishments!

This is the most poplar flavor, where Raja uses freely his tabla based rhythm arrangement with flute, shehnai and violins throw n into the mix. The trouble with this flavor is that it has too many examples and is impossible to list them all. Some of the top of mind examples…

Adi Aathadi, Rasave Unnai Nambi, Antha Nivathaan from Mudhal Mariyadhai (1985) – all these tracks have a colloquial lyric and has extensive orchestration by Raja. The track Antha Nivathaan even has some intricate counterpoints in its prelude!

Chinnamani Kuyile, Poova Eduthu from Amman Kovil Kizhakale (1986). The first track uses a duffle but the second track is a simple tabla based song. Note that both these songs use guitar and synthesizer extensively which has nothing to do with folk.

Naan Erikarai from Chinna Thai (1992). This is a classic example of bass guitar usage by Raja where the bass guitar stands out. This song has a rich orchestration complete with synthesizer, violins and guitar.

In the example s cited in this section, there is extensive use of non-folk instruments such as violins, guitar, bells, synthesizers to embellish the folk lyric. This adds flavor to the music and makes it very interesting.

The clip below has interludes from 4 tracks we discussed. Maaman Oru Naal, Oothakaathu veesaiyile, Raasave Unnai Nambi, and Aathorathile. All of them are backed by tabla and have extensive flute use. I avoided tracks that have heavy violin usage. That’s Raja’s Vennila flavored Cleverfolk…